What Scope Magnification Do You Need? The Ultimate Guide

The ideal scope magnification that you need depends on so many factors that you will face as a shooter while hunting and sporting out in the field.

There are many test and trial methods that you can perform for self-learning; however, reading about them in detail can help you determine what scope magnification you need for shooting.

Since these considerations vary a lot for a moving target or the one that is standing still, the number in scope magnifications will vary as well.

Let us now proceed and see all of these factors in detail while bringing detailed insight into how to set the right scope magnification level for yourself.

Scope Magnification is a measurement of multiplication (zoom) while aiming when compared to an average naked eye, making your target visible over a certain distance. The higher the scope magnification; the better you will be able to see at a distance.

How much scope magnification do you need?

Clarity is the answer; it doesn’t matter whether you achieve it on 10x, 12x, or 16x; make your target clearer and you will be good to go.

For targeting an object at 300 yards, 10x zoom will be more than enough; however, you will need to dial up the magnification if the target moves away further.

If you are hunting targets that are bigger or doing target shooting on larger steel plates, even a red-dot sight shall do the trick for you.

Getting the magnification right for the high-accuracy shooting is important; it becomes important to understand a basic rule of thumb behind it. It has to make your target clearer because too low or too high magnification would make you miss your aim completely.

Here is the basic rule of thumb:

In other words; choose a magnification that makes it enough for you to hit the target with accuracy and precision.

The best scope magnification is the one that gives you a clear view of your target with the minimum level of magnification.

You can also check out our ultimate Scope Magnification Distance Chart that suggests the ideal scope magnification power for different distances.

The mistake which most people make is going for high magnifications because they think they will earn some kind of advantage, which is not true. Going for higher magnification brings certain limitations, including poor aim, high price, and heavy scopes which affect accuracy and precision.

Also, buying a high magnification scope does not mean a high-quality scope. There are scopes in the market that do not have very high scope magnification but they bring so much clarity and a better aiming experience than any of their high-magnification counterparts.

Both high and low magnifications have their advantages when it comes to targeting different objects; both at rest and in motion. Here, we are discussing the advantages and disadvantages of both magnification powers for targets at rest:

A high scope magnification power is the winner for a still target since it ensures that your shot will land on the target but relying too much on easier shots will hinge on your way of doing experiments and becoming a better shooter.

When a target is standing still, we are already aware of its position. This eliminates the need for determining where it is and thus we don’t need a wider field of view and in most cases, you don’t need a scope at all.

For target practice though, you can experiment since the target is usually a steel plate that is not at risk of fleeing like an alive target while hunting.

The high magnification level narrows down your field of view and focuses on the target thus increasing accuracy and precision. However, it is vice versa when we talk about a moving and we shall discuss that ahead.

Also, the scopes that bring a higher magnification number are heavier and are meant to be mounted on a tripod but they certainly improve your chances of hitting the target with high accuracy.

However, they are a few disadvantages as well since the scopes with high magnification are expensive. Also, they are heavier so you will need to invest in a tripod. Not just that, chances of poor aiming are higher since the light transmission through the scope is not good.

Low magnification is discouraged when you are talking about a target at rest. It is because of the wider field of view that puts your focus away from the target, especially when you are hunting since a missed shot will make your target flee.

However, it does not remain a problem when doing target shooting and this is what we recommend doing when you are not a seasoned shooter and getting started for the first time to do some experimentation.

In short, low magnification is great for target shooting and improves your chances of becoming a better shooter. However, for a target at rest, while hunting, this is not something that the experienced shooters advise since you could easily miss your shot.

These special considerations shall make choosing the right scope magnification easier for you.

Everything from your magnification level, lighting considerations, and field of view have to change when your target is moving. Here, we are comparing the advantages of high and low magnifications for a moving target:

The recommended scope magnification for moving targets within 300 yards is 10x since it is more than enough to provide the required field of view, clarity, and precision.

These factors make low magnification a clear winner for moving targets because it allows a better field of view for better target tracking so that you can land an accurate shot.

Also, when the target is big enough, all you need is object clarity and for that, you do not need a scope with very high magnification. Instead, you will require a high-quality lens with proper light transmission and target focus.

Factors like proper light transmission and target tracking are easier to achieve when you are on a low magnification level, allowing target precision and accuracy.

However, these ideal scope magnification factors all crumble down when you are dealing with a smaller object and you will have to go much higher than 10x to achieve target clarity.

A seasoned hunter knows that you have to track the movement pattern of your target that is moving around. For that, you need a wider field of view and that is why going for high magnifications cannot be an option for you.

High magnification for a moving target works only when we are talking about distances greater than 300 yards, which is usually not the case. Most hunters are hunting at 300 yards or less and achieving better target clarity and tracking becomes difficult if you go higher than 10x.

So, even when a target is in motion, if the distance is higher than 300 yards, you are going to require a higher magnification level, i.e. 10x or higher depending on the size and distance of the object.

There will never be an accurate answer for when you will ask something like, “how much scope magnification do I need”? The answers will always depend on the target size, distance, eyesight, and power of the scope itself.

However, considering all the factors that we mentioned in this article will certainly help you consider the right things that should be present to make a target visible with clarity.

You will always have a minimum magnification of 1x at your disposal and after that, zoom as much as you can to make your target visible and then hit it.

I have 22 years of experience in engineering production. I have worked in Military department for 6 years and the security department for about 14 years. These roles thought me a lot.

Digiscoping is referred to the use of a spotting scope or telescope for taking...

How To Attach A DSLR To A Spotting Scope?

Hobbyists and photographers, especially those working on wildlife projects may run into a few...

Often when we are out there enjoying some cool spotting experiences, we want to...

What do nature observers, surveillance experts, hunters, and campers have in common? Well, all... 5 Best Spotting Scopes For Birding in 2022

Birding is just another exemplary use of a spotting scope among several others where...

Power, better recoil, availability, compactness, strength, and reliability; there are so many reasons that... 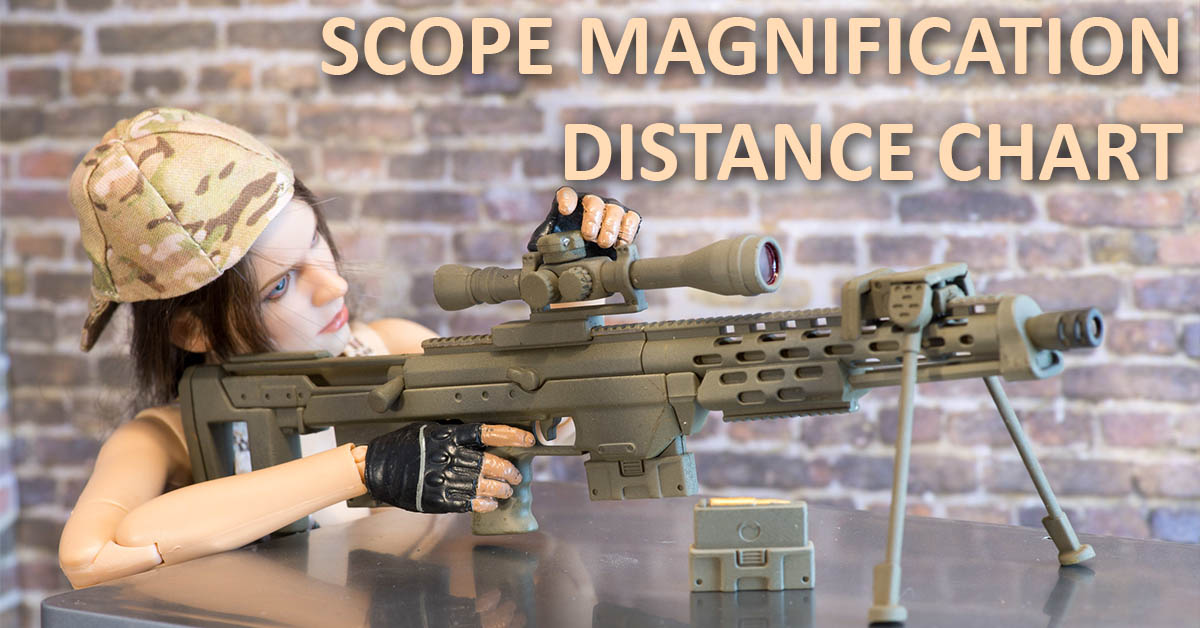 Unless you are target practicing in your backyard, you never know how much target... 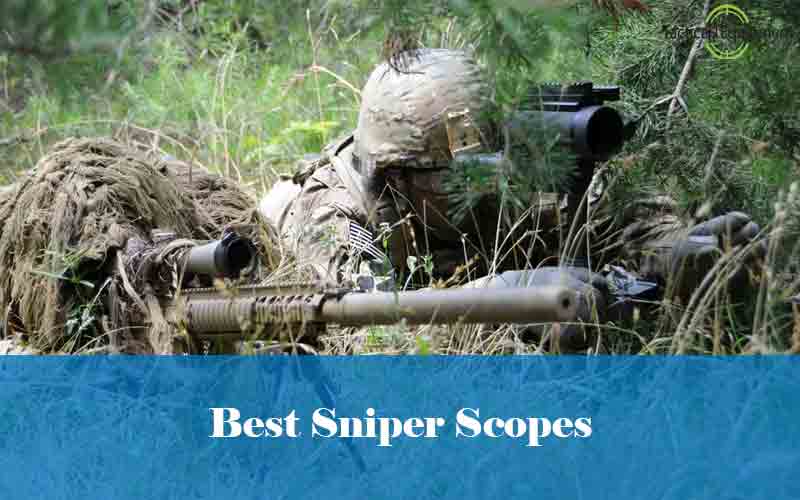 Whether you are a seasoned shooter or new to long-range shooting, you can't accurately...

Digiscoping is referred to the use of a spotting scope or telescope for taking...

How To Attach A DSLR To A Spotting Scope?

Hobbyists and photographers, especially those working on wildlife projects may run into a few...

Often when we are out there enjoying some cool spotting experiences, we want to...

What do nature observers, surveillance experts, hunters, and campers have in common? Well, all...

5 Best Spotting Scopes For Birding in 2022

Birding is just another exemplary use of a spotting scope among several others where...

Power, better recoil, availability, compactness, strength, and reliability; there are so many reasons that... 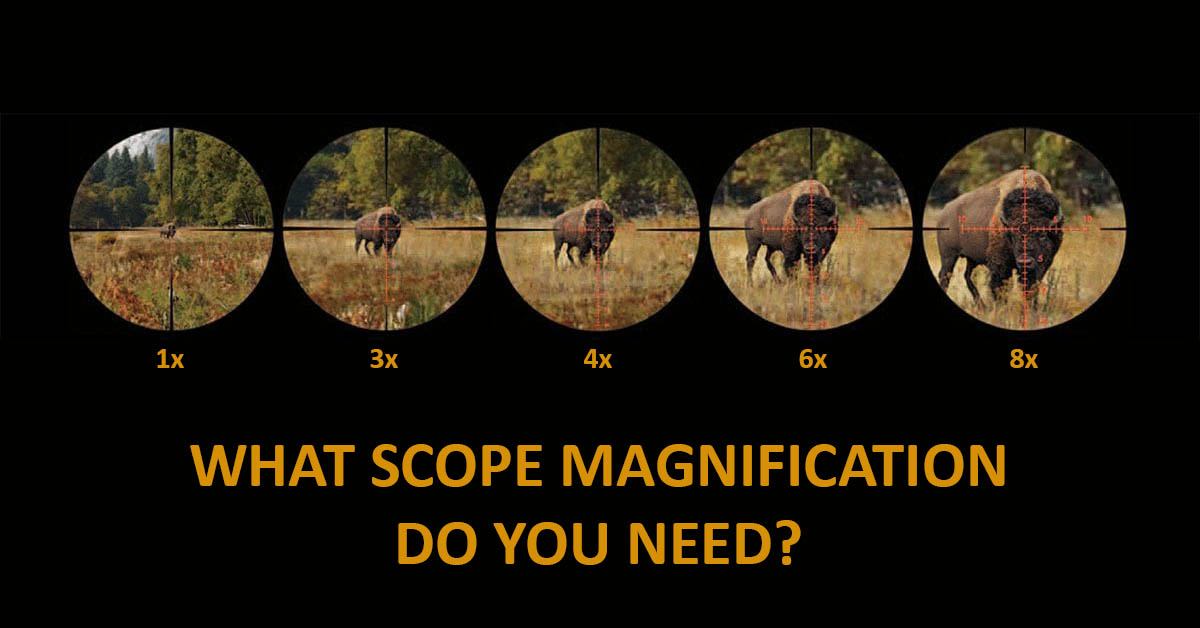 What Scope Magnification Do You Need? The Ultimate Guide

The ideal scope magnification that you need depends on so many factors that you...

Unless you are target practicing in your backyard, you never know how much target...